All houses need TLC from time to time and the exposed materials that make up our roof are no different.

We rely on our roofs to keep us warm and dry, sheltering us from wet and windy elements and keeping out the cold.

A good roof can last a very long time; modern single ply roofing membranes can easily last 20-25 years but this relies on good maintenance being carried out.

Roofs, like every other part of a house, will fall into a state of disrepair if they aren’t looked after properly. Unfortunately stuck up in the air, it’s easy to neglect them and one of the most common problems that can occur is blocked guttering. Simple to resolve if tackled immediately, blocked guttering has the potential to cause widespread problems.

Here’s a guide to getting your guttering right and how poor drainage could devastate even the best-laid roof.

What exactly is guttering?

If you aren’t familiar with the various components of your house’s structure, you might not be entirely sure which part the guttering is.

Put simply, the guttering is the small trough or half-pipe which travels around the roof collecting rainwater. This water is then directed to a downpipe which deposits it into a drain and safely away.

Guttering usually lies just underneath the roof, collecting the water as it dribbles or flows from the roofing, preventing it from running down the walls of the house.

What can go wrong?

One of the biggest problems with guttering is that because it has to be open in order to collect falling rainwater, it also has the capacity to collect falling debris too. This means leaves, rubbish, or even small animals and birds can fall into the pipe blocking it up and preventing the flow of water.

Seeds can sometimes be blown into the guttering and because of the presence of water they can take root and begin to grow, creating a new type of blockage.

In the winter there’s an additional problem with water that doesn’t flow away: the formation of ice. Cold temperatures can freeze standing water which causes it to expand. In the case of plastic guttering (which most modern properties have) the guttering can split completely leaving either a total downfall of water or a constant dripping leak.

You might be wondering how a blocked guttering can have such a detrimental effect on the structure of your home.

Your house is not intended to be able to withstand a constant onslaught of water; modern properties are carefully designed to allow water to flow away without persistently soaking through the walls and joins and seams.

When a guttering is not working as it should, water can run down the sides of your house and drip through windows or doors. Even worse, it can seep through roof tiles and permeate into your home from the top down.

One of the problems with damp is that it is an insidious process which can cause gradual damage which is difficult to reverse or repair. And in many cases, by the time you spot it, the damage will be widespread in places which are out of sight and the cost of repairing it will be significant.

Ultimately, a blocked gutter can cause roof beams to rot, eating through ceiling and peeling wallpaper and paint from your walls.

The good news is that if you act quickly enough it’s easy to repair problems with your guttering and prevent damage taking hold.

Sorting out guttering often just means unblocking it; you can either opt to do this yourself or else use professional services.

If no damage has been caused to the roof or the wall, this will allow your guttering to function normally and prevent any further problems.

Guttering should be cleaned at least twice per year, or more often if you spot signs that you may have a problem. These could include a discoloured external wall, dripping guttering or sags in your piping.

Such a small and seemingly insignificant part of your roofing system can cause widespread damage if not looked after properly, a problem which could ultimately cost you thousands of pounds if you have to replace your whole roof.

By taking care of your guttering you can be certain that there will be no creeping damage taking hold in your roof, spreading through your house to give you a very unwelcome shock.

Other posts you may enjoy 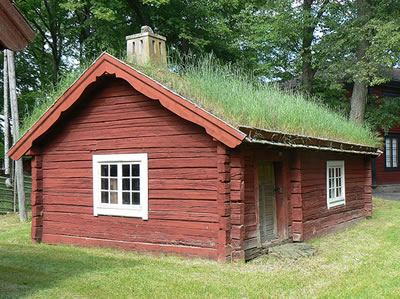 How to Find a Roofing Contractor

Scroll to Top
We use cookies to ensure that we give you the best experience on our website. If you continue to use this site we will assume that you are happy with it.OkPrivacy policy